Home / About / Board Members 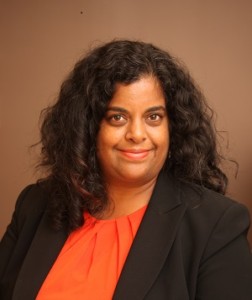 Jennifer Gold, a partner of the law firm, Wood Gold LLP, practices family law and wills. By entering into partnership, Jennifer Gold, sought to create an alternative to the traditional law firm and thereby achieve work-life balance and a diverse workplace. Their efforts were noted by Carol Goar in her article for the Toronto Star entitled, “Women Create Family-Friendly Law Practice”. Jennifer graduated from York University with a Bachelor of Arts (Hons.) in English and Psychology and holds an LL.B. from Osgoode Hall Law School. She was called to the Bar in 2002. She is a member of the Peel Law Association and the Women’s Law Association of Ontario. She is a former member of the Board of Directors for North York Women’s Shelter. She has a keen interest in feminism, equity and diversity issues as well as grassroots advocacy relating to these issues. When Jennifer is not practicing law and managing a law firm, she enjoys spending time with her family, and singing with a competitive women’s barbershop chorus, where she enjoys her role as Team Leader to the chorus management team. Jennifer Gold Partner Wood Gold LLP | www.woodgold.ca

Shelley C. Quinn is a lawyer with her own family law practice—Quinn Family Law. She obtained her LL.B. from Osgoode Hall Law School and recently completed her LL.M. in family law at Osgoode. Shelley articled with the Department of Justice Canada and was Crown Counsel with the federal Justice Department for 17 years. She received the Department of Justice’s national Humanitarian Excellence Award in 2013, for her community volunteer work in Toronto. Shelley is the Past Chair of the Ontario Bar Association’s Women Lawyers Forum and on the executive of the Family Lawyer’s Association. She is a Board Member of Woodgreen Community Services and a former Board Member of the Toronto Children’s Aid Society and Houselink Community Homes. Shelley C. Quinn LL.B. 1749 Danforth Avenue Toronto, ON M4C 1J1 t. (416) 551-1025 f. (416) 921-3848 www.QuinnFamilyLaw.ca 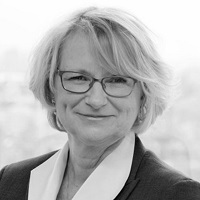 Called to the Bar in 1993, Cynthia is highly respected, ethical and principled.

Trained in Collaborative Practice, Cynthia is dedicated, wherever possible, to using the collaborative model to help her clients achieve a fair resolution in a timely manner.  While focused on the big picture in order to reach a conclusion that allows her clients to move on with their lives, Cynthia pays careful attention to the law and to the details that are important to her clients, ensuring that their views are heard and respected.   Cynthia believes that most families don’t need to go to Court and, using the Collaborative Practice Model, can successfully achieve fair and satisfactory results in a cost-effective manner that is faster and less stressful than going to court.  When court proceedings cannot be avoided, Cynthia advocates for her clients in a manner that focuses on effectively working towards a resolution.   Known in the Family Law Bar for being a strong advocate, Cynthia is efficient, knowledgeable and compassionate.   She is competent in all issues that arise when spouses separate and is also able to advocate effectively when Marriage (“pre-nup”) Contracts or Co-habitation Agreements need to be prepared.   With over 25 years of experience, Cynthia has also developed an expertise in complex family law jurisdictional issues, particularly in the area of child abduction by a parent and the Hague Convention on International Child Abduction.   A component of Cynthia’s practice involves all matters relating to estate litigation, will contestation and power of attorney review and court challenges.   In addition to her busy legal practice, Cynthia is the current Secretary of the Women’s Law Association of Ontario, was past Co-chair of the Family Lawyers Association of Ontario, mentors many young lawyers and supports continuing legal education, including presenting at various events.

Ayesha practices in civil litigation. She graduated from a joint a degree program in law from the University of Ottawa and in Master of Arts from the Norman Paterson School of International Affairs at Carleton University. She received her B.Sc. and B.A. from McMaster University. 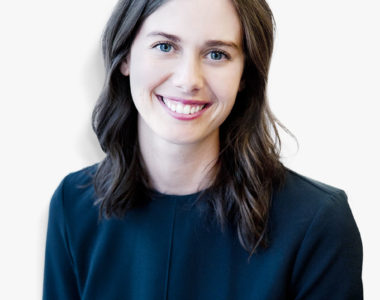 Kathryn received her B.A. and M.A. in Political Science. She began her first career in Marketing and Public Relations working for Canada's oldest and most diversified property management firm. She returned to law school in 1998 obtaining her degree from Osgoode Hall in 2001. She was called to the Bar in 2002. Kathryn articled at a large boutique litigation firm in downtown Toronto and began practicing at a full service litigation firm in 2004. In 2006 she chose family law as her specialty and has practiced exclusively in family law since that time. Areas of Practice Kathryn is focused on family law. She has trained in Alternative Dispute Resolution, Mediation and Collaborative Family Law methods. She restricts her practice to family law as it is a complex multidiscipline area of law that requires knowledge of tax law, estates law, and corporate law. Kathryn has a passion for family law and focuses her efforts on efficient settlements. She helps families during difficult transitions with issues of custody and access of children, parenting plans, high conflict separations, child support, spousal support, property division, pension division and separation agreements. Professional Experience Kathryn has managed complex litigation files in all areas of family law. She has experience working with related experts including business valuators, financial advisors, income valuators, accountants, forensic accountants corporate counsel, criminal counsel, family counselors, custody/access assessors, family therapists, reintegration therapists and private investigators. She has managed high conflict files achieving resolution and closure for families. Professional Activities Kathryn is the past President of the Women's Law Association of Ontario has been a Board member of WLAO since 2002. She has been a speaker at the Ontario Bar Association Institute, moderated panels at the Law Society of Ontario and adjudicated the WLAO/McCarthy and Aird & Berlis Student Awards. She has been quoted in the Globe and Mail and Canadian Lawyer Magazine and has contributed to numerous programs and events. Her 2012 paper "Creditors and Family Law, with a focus on Bankruptcy" presented at the Ontario Bar Association Institute in 2013 was published by Money and Family Law by Carswell Legal Publishing. Kathryn is a member of the Toronto Lawyers Association, Toronto Family Lawyers Association, and the Ontario Bar Association. She is active on the Law Society Treasurer's Liaison Group, the Law Society Equity and Advisory Board, the Round Table of Diversity Association. Kathryn's role with WLAO has been instrumental in forming partnerships with other women's groups such as Women in Capital Markets, Women in Mining, WeConnect Canada and the Canadian Association of Executives and Entrepreneurs. Kathryn is also an Assessor for WeConnect Canada, an association dedicated to advancing the success of certified women business enterprises and corporate members to drive economic growth and prosperity through supplier diversity. In the Media Kathryn Hendrikx HENDRIKX FAMILY LAW Kathryn Hendrikx Professional Corporation 330 Bay Street, Suite 210, Toronto, ON M5H 2S8 T: 416-361-3231 F: 416-361-3472 Email: kathryn@hendrikxfamilylaw.ca www.hendrikxfamilylaw.ca 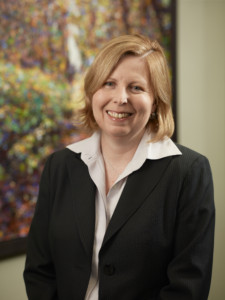 Linda J. Wolanski was called to the Ontario Bar in 1985. She graduated from the University of Western Ontario in 1983. Linda has over 25 years of experience in all aspects of personal injury litigation. She is a member of the Advocates’ Society, the Canadian Bar Association and the Metropolitan Toronto Lawyer’s Association. She also serves on the executive of the Women’s Law Association of Ontario. Bogoroch & Associates Barristers & Solicitors 150 King St. W., Suite 1707 Toronto, ON M5H 1J9 Office: (416) 341-5602 Fax: (416) 599-1800 lwolanski@borgoroch.com 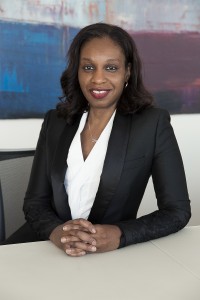 Audrey was called to the Ontario bar in 1995. She received an Honours Bachelor of Arts degree (Political Science and French) from Wilfrid Laurier University in 1989 and her Bachelor of Laws degree from Ottawa University in 1993. Since her call to the Bar, she has handled a broad range of insurance defense work including property and casualty, professional negligence, commercial and automobile insurance. Audrey is involved in a number of professional organizations, and has served as a member of the Ontario Bar Association Board of Directors, Chair of Professional Development, OBA Chair of Sections, OBA Chair of Insurance Law Section, OBA Chair of Civil Litigation Section, Vice-Chair, OBA Insurance Law Executive, Public Affairs Liaison on the Insurance Law Executive, member of OBA Council and Chair of Counsel Forum at the Financial Services Commission of Ontario. Audrey was awarded the Linda Adlam Manning Award in 2010 for volunteerism by the OBA. She has written articles, presented and chaired continuing legal education seminars organized by the Ontario Bar Association, the Law Society of Ontario, and the Canadian Association of Black Lawyers. She was an instructor for the Law Society of Ontario’s Bar Admission Course, and Skills and Professional Responsibility Licensing Program. She is a past newsletter editor for both the Ontario Bar Association Insurance and Civil Litigation section newsletters. She has been a contributor to Briefly Speaking Magazine, the Insurance Law Newsletter and the Civil Litigation newsletter. Audrey has written many articles and spoken regularly at seminars on a range of topics. She has organized, chaired or presented at a number of continuing legal education programs. Outside of work: Audrey enjoys travelling, spending time with family and friends, and getting involved in charitable organizations. Audrey’s Recent Successes: Congratulations to Blouin Dunn Lawyer, Audrey Ramsay on her Lexpert Zenith Award Celebrating “Women Leaders in the Legal Community” T. 416.365.7888 ext.119 E. aramsay@blouindunn.com 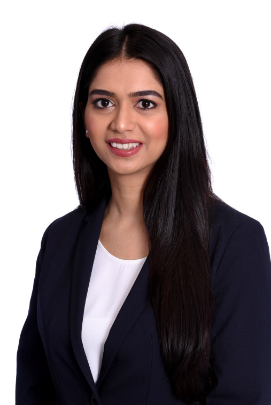 Prior to joining Mason Caplan Roti LLP, Vagmi articled and practiced at a prominent insurance defence firm in Toronto, assisting counsel in defence of personal injury, occupier’s liability, and contractor negligence. She has appeared in front of the Superior Court of Justice, the Ontario Court of Justice, the Small Claims Court, the Social Benefits Tribunal, and the Landlord Tenant Board.

Vagmi obtained her law degree from the University of Windsor. While at Windsor, she worked as a litigator at the community legal clinic in Windsor representing underprivileged clients in civil, criminal, and residential tenancy matters. Vagmi completed a semester at the University of Mannheim in Germany through an exchange program. Prior to attending law school, Vagmi completed her undergraduate degree in Life Sciences and worked as a research assistant in Molecular Biology and Pathology.

During articling, Vagmi was Co-Chair of the Articling Chapter of the Women’s Law Association of Ontario. She now sits on the Mentoring and Social Committee. 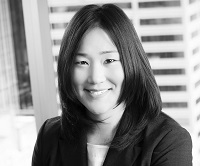 Jocelyn joined Dutton Brock in 2013. Jocelyn's insurance defence practice focuses on first party accident benefits disputes. She has appeared before the Superior Court of Justice as well as the Financial Services Commission of Ontario.