The list of appointees, with short citations, can be found here.

Included is one of our WLAO life members! 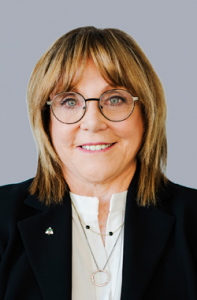 For her leadership in the community and in the legal sector, where she has promoted the advancement of women and encouraged best practices in the field.

They will be presented with their insignia at investiture ceremonies to be held on future dates.

The Order of Canada is one of our highest honours. Created in 1967, it honours people whose service shapes our society, whose innovations ignite our imaginations and whose compassion unites our communities.

More than 7 500 people from all sectors of society have been invested into the Order of Canada. Their contributions are varied, yet they have all enriched the lives of others and have taken to heart the motto of the Order: DESIDERANTES MELIOREM PATRIAM (“They desire a better country”).

“Canada is defined by the people that make up this great country. These most recent nominees to the Order of Canada are shining examples of the commitment and outstanding contributions Canadians have made to the well-being of communities throughout this land, whether it be social, environmental, scientific, economic, cultural or related to mental and physical health. To all of the nominees, congratulations and thank you.”

Every Canadian is invited to learn about these programs and to submit a nomination for an inspiring community leader, a dedicated volunteer or an individual who is bettering their community, region or the country. For more information visit www.gg.ca/en/honours.