Teresa Donnelly elected as Treasurer of Law Society of Ontario

TORONTO, June 26, 2020 /CNW/ – The Law Society of Ontario’s governing board today elected Teresa Donnelly as Treasurer. The Treasurer is the top-elected official of the Law Society, which regulates Ontario’s lawyers and paralegals in the public interest. 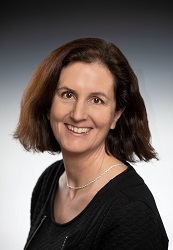 “I am extremely pleased and honoured to be elected to this leadership role and to work with the Board to move Law Society regulatory policies forward,” said Treasurer Donnelly. “I look forward to working with benchers, stakeholders and fellow licensees to enhance the reputation of the professions and the administration of justice in order to serve the public well.”

Treasurer Donnelly was elected as a bencher in 2015 and 2019. She has served as Chair of the Audit & Finance Committee, Chair of the Human Rights Monitoring Group (Equity) and Chair of the Program Review Task Force. She also served on numerous other Law Society committees, task forces and working groups. She is on the faculty of the National Criminal Law Program, Federation of Law Societies of Canada.

Treasurer Donnelly has dedicated her career to providing access to justice for victims of domestic and sexual violence – the majority of whom are women and children. As the West Region Sexual Violence Crown, she is one of seven prosecutors in the province dedicated to enhancing the quality of sexual violence prosecutions and the victim’s experience in the criminal justice system.

Her community work focuses on contributing to the lives of children, families, the elderly and people with developmental disabilities.

In 2018, the Sexual Violence Advisory Group that she was a member of, won the Excelsior Award for Innovation and Transformation. In 2014, she was named the Most Inspiring Women in Huron and in 2012, she received the Deputy’s Award for Excellence in the Aftermath of the Goderich Tornado. She has received several other awards and honours from the Ministry of the Attorney General during her career.

SOURCE The Law Society of Ontario